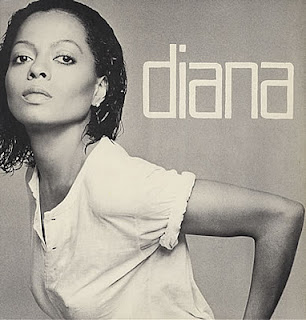 Nile Rodgers & Bernard Edawrds got the biggest gig of their life when in 1980 they were asked by Motown to write & produce Diana Ross' next album. Diana ended up withe biggest album of her career. Motown got a much needed hit. Music fans got a solid albums and 2 monster singles, Upside Down & I'm Coming Out. The only losers in the deal were Nile & Nard.

Seems that after Nile & Nard submitted the album to the Motown execs, they had it rejected. They stood defiant and said we're not changing a thing, so Motown took all the tapes, remixed it and released it a new mix themselves. Now I've heard both mixes and it's very hard for me to be subjective since I'm so used to the Motown mixed versions. It's not the Chic mixes were bad. I just think Motown felt that Diana needed a little more sugar. Plus the Motown mixes put Diana out front & center and being the diva she was and is, that made perfect sense. But it definitely was a blow to Nard & Nile's ego. The fact they still had hits and continued to do so only proved that these guys had the goods.

Upside Down (with Michael Jackson on backing chorus vocals) and I'm Coming Out showed that the Chic Org excelled first and foremost on jamming & breaking it down. Upside Down is straight disco funk, creating a groove that was unique to any other record at the time. Lyrically Diana's talking about hanging with an unfaithful dude cause she's still in love with him, but the music makes you think Diana's in complete control of the relationship. I'm Coming Out is the most direct way a mainstream icon connected with their gay following. From the climactic build starting with the insistant guitar of Nile, you just wait for that beat to drop in. Then when they fall out in the middle again (the part P.Diddy sampled by Notorious BIG's Mo Money Mo Problems) Tony's thick drumming doubles that intro's sensation until the big final release. And Meco, the bandleader who hit #1 with the Star Wars Theme in 1977, plays a trombone solo.

Here's the Chic mix of Upside Down:

Here's the one we all remember: