This Tuesday July 26th at 8PM, The UnCola will be broadcasting a special tribute to the best and one of the most influential American radio stations of all time: WLIR 92.7. We will be playing all Screamers of The Week for 2 hours. The Screamer of the Week was an event held every Thursday wherein DJs would nominate a song of the week and the radio listeners would call in and vote. You call also nominate one of your own. A truly democratic way to make listeners feel like they were a part of the station.

WLIR broke many new bands in the US during the 1980s, such as U2, Depeche Mode, The Cure, R.E.M., Squeeze, the Smiths to name a few. To get your song played on 92.7 was like opening a door to the rest of the America.

There will never be another radio station like it, although Asheville FM comes close.

So join us Tuesday at 8pm est and Dare to be Different! 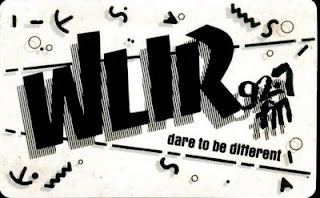